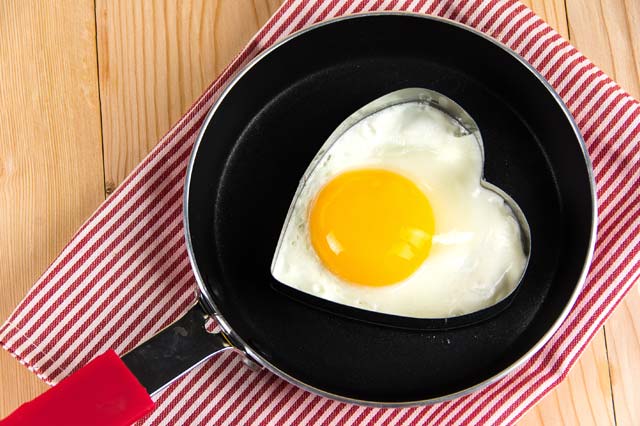 We wanted to share some of the many reasons to love eggs, including the fact that they can be part of a heart healthy diet. Consider these facts, which were compiled by the Colorado Egg Producers.

• A review of more than 25 studies that appeared in the Journal of the American College of Nutrition in 2000 showed that eating an egg a day isn’t associated with increased risk of heart disease in healthy men and women, even after taking into account other aspects of their diet that may increase the risk for heart disease.

• A 2007 study of 9,500 people reported in Medical Science Monitor showed that eating one or two eggs a day did not increase the risk of heart disease or stroke among healthy adults. The study noted that eating eggs might actually be associated with a decrease in blood pressure.

• In 2006, Nutrition Bulletin published a review of scientific studies from the past 30 years showing that eating eggs daily does not have a significant impact on blood cholesterol or heart disease risk. The authors noted several benefits of egg consumption — including the high-quality protein eggs provide — and argued that consumption of one to two eggs a day should be actively encouraged as part of a calorie-restricted weight-loss plan.

Error: An access token is required to request this resource.
Type: OAuthException
Solution: See here for how to solve this error